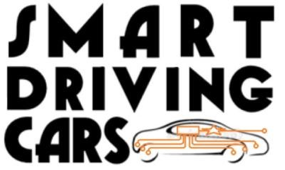 Hmmm….Listen to the Interview by veteran radio reporter, Fred Fishkin, the producer of Techstination, your destination for gadgets and gear. Alain

Hmmm….  Watch the announcement of this incredible technological breakthrough.  Alain

A. Brown, Mar 31, "…McLaren announced … in a press release that it will be offering a feather wrap on the McLaren 570GT through the McLaren Special Operations Division. With that option (which almost definitely doesn’t actually exist) selected, MSO will spend 300 hours applying 10,000 "carbon-veined" feathers to the 570GT, according to the release…."  Read more Hmmm…  Please make it Driverless.  Alain

S. Edelstein, Mar 31, "Using a ride-sharing or ride-hailing app doesn’t exactly require much physical exertion (it certainly beats walking), but Lyft claims to have a device that can make the process even easier.

It’s called the Mono, and in a blog post Lyft said it enables "autonomous ride hailing." That refers to the ability of users to hail a ride without their phones, and isn’t related to self-driving cars. …" Read more Hmmm…  Thank you for making it even easier.  Alain

J. Holding, Apr 1, "…here are the best…from the motoring world, as remembered by the team here at Auto Express…"  Read more Hmmm…  Especially the everquote ad at the top.  It must be one too.  Alain

This list is maintained by Alain Kornhauser and hosted by the Princeton University LISTSERV.

This list is maintained by Alain Kornhauser and hosted by the Princeton University LISTSERV.