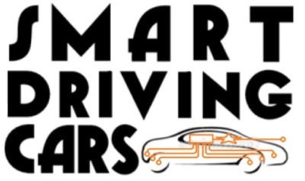 K. Marocchini’18, Jan. 11, "…The goal of the model presented is to generate the precise origin, destination, and arrival/departure time for every trip made by every individual on a typical workday when school is in session. More generally, the model provides the spatial and temporal distribution for every citizen in the United States. Every individual simulation produces a unique trip file that contains an individualized, probabilistic record of every person-trip on an average weekday, which is expected to total to just over 1 billion trips. Each record includes every trip the person makes including spatial coordinates of the origins and destinations as well as the exact departure and arrival times in seconds after midnight. Files also contain pointers that indicate individual characteristics about a given person, including income, household location, familial status, etc…."  Read more Hmmm… Excellent!! The ~1B trips are at NationWideTrips’16 .  Those 200 miles & under and over 200 miles are sorted by {oPixel, oTime} such that all personTrips originating from a pixel in a county are together in a single file. (Of course, not so for trip destinations. No file has greater than ~1M trips/rows so each is openable in excel they are easy to look at.)  Characteristics of the 308M travelers are available in homeCounty files.  See below, Upcoming Events, for analyses made possible by Kyle’s model. Florida DoT should give Kyle an internship this summer  🙂  Alain

J. Mannes, Jan 11, "…One of the biggest advantages of training off of a virtual environment is that its primed for harvesting labeled data. Objects in GTA V, whether traffic signs or cyclists, can easily be bounded and analyzed… One Princeton student, Artur Filipowicz’17, specifically made use of this to collect 1.4 million images of stop signs in a variety of conditions to predict the chance a given intersection will have a sign present and to estimate the distance to the given sign…. Read more Hmmm… The real value of using a virtual environment to attach affordances (labels) to image data (pixel arrays) is that you know with certainty and accuracy what and where everything is relative to the image plane in the virtual environment.  It is all your creation.  Plus, it is substantially/infinitely easier to create ‘corner cases’ in a virtual environment and perform any number of variational/sensitivity  analyses than to try to recreate them in reality.  Chenyi Chen*16 deserves the credit for pioneering this approach in his PhD dissertation and seminal paper.  Artur Filipowicz’17 began his wok with GTA5 last year as his Junior Independent Work.  Alain

Robot Cars Can Learn to Drive without Leaving the Garage

Researchers at Princeton University recently developed a computer vision and mapping system that gathered useful information about the physical properties of roads by studying Google Street View and comparing the scenes to the information provided in open-source mapping data. This allowed it to, for example, learn where the edges of an intersection should be based on images captured by Google’s mapping cars.

Mary E. Peters, former USDoT Secretary, Jan 7. "…But holding back technology until we are absolutely sure everything is 110 percent safe isn’t going to reduce traffic fatalities. It is going to encourage them. That’s because while we wait years for regulators to catch up to innovators, tens of thousands of Americans will continue to die in their cars, the victims of human-caused traffic crashes… "  Read more Hmmm… Excellent remarks.  Alain

How Amazon and Nvidia won CES this year

D. Etherington, Jan 8, "…How Nvidia won:   Of the two, Nvidia had a much more direct presence; the GPU-maker’s CEO Jen-Hsun Huang had the opening keynote, and packed a lot of news into the three-part presentation. Nvidia also had its own showfloor presences, including a self-driving car demonstration featuring BB8, its own test car, and an Audi Q7 equipped with the same software and hardware that could also drive itself, with no human behind the wheel…." Read more Hmmm… The live demo on a closed course in the parking lot was impressive. Alain

H. Tabuchim Jan 12, "The Environmental Protection Agency on Thursday accused Fiat Chrysler of installing secret software that allowed more than 100,000 of its diesel vehicles to emit pollutants above legal levels.

The case has echoes of one against Volkswagen, which on Wednesday pleaded guilty to criminal conspiracy as part of a widespread emissions-cheating scheme. In both cases, the government focused on software in vehicles that can adjust emissions levels….

Ms. Giles stopped short of describing the software as a so-called defeat device of the sort used by Volkswagen to cheat on diesel emissions tests. But she said there was no doubt that Fiat Chrysler’s software “is contributing to illegal pollution.”…..

Sergio Marchionne, chief executive of Fiat Chrysler, mounted an impassioned defense, denying that the company had intentionally broken the law.  “There’s not a guy” at the automaker “who would try something as stupid” as cheating on emissions tests, he said on a call with reporters.  “We don’t belong to a class of criminals,” Mr. Marchionne said. “We have done, in our view, nothing that is illegal.”  Read more Hmmm… No comment.  🙁  Alain

Jan 13, Navya and Keolis join forces to create NAVLY, the very first public transport service operated by an autonomous electric vehicle. See Video Hmmm… Not really the 1st (Park Shuttle in Rotterdam has been operating initially with pilot test in 2009, but that doesn’t matter.  What is important is that these systems are beginning to be implemented in more than a handful of places.  They are very appropriate mobility systems for hundreds of retirement/gated communities, private campuses and deserve to be viewed as serious, enormously less expensive, alternatives to light rail systems such as the Purple Line, The Brooklyn LRT and even the 42nd Street LRT (but in those systems, price seems not to be relevant since they each use OPM)    Alain

A. Webb, Jan 3, "Faraday Future staked its claim to the world’s fastest electric car with its FF91 production model, showing footage of it outracing Tesla Motors Inc.’s Model S in a glitzy event in Las Vegas.

The startup electric-car maker backed by Chinese billionaire Jia Yueting is counting on its debut offering to drum up support from investors, many of whom had been invited to the Las Vegas presentation. The FF91 can go from zero to 60 miles per hour in 2.39 seconds, according to the company. That compares with 2.5 seconds for Tesla’s Model S P100D in its fastest ‘Ludicrous’ mode…"  Read more Hmmm… Just what we need, more cars operating in ‘Ludicrous’ mode while the driver is texting. Driverless can’t come too soon.  🙂 Alain

nVIDIA Will Help Mercedes Bring an AI-Powered Car to Market

K. Korosec, Jan 7, "Mercedes-Benz says it will roll out a production vehicle in the next 12 months powered by Nvidia’s artificial intelligence computer, just days after the U.S. chipmaker announced a partnership German Audi to use the same platform.
Both announcements were made during CES, the annual consumer electronics show in Las Vegas. However, the end products will likely be very different. Audi says it will use the Nvidia AI computer to bring autonomous vehicles to the road by 2020…." Read more Hmmm… Very interesting.  Alain

P. McCarthy, Jan 10, "More bad news for the drone industry as French-based manufacturer Parrot is laying off a third of their drone division. Following a massive drop in fourth-quarter earnings, Parrot said they missed their target by about 100 million euros (~105,000 USD) with their drone revenue generating about 60 million euros between commercial and consumer.
These distressed sales come as a surprise after the healthy reports that drone sales more than doubled since the beginning of 2015. However, even holiday sales couldn’t help the Parrot overcome the 50% market stranglehold DJI holds on U.S. sales…."  Read more Hmmm… Very much of a niche market; whereas, Self-driving is the new ‘Fins and Chrome’ that will help the auto industry sell millions of cars for many years to come.   Alain

ATT00013.bin Lawsuits Could Run Wild When an Autonomous Car Crashes

S. Lehto, Jan 11, "… I’m skeptical. Not just because I remember all those promises of jet packs and flying cars, but because I’m a lawyer. And I can sense impending litigation the way a retired NFL lineman can sense a coming thunderstorm from the pain in his knees…"  Read more   Hmmm… Yup!! Lawyer alright, nor a writer.  We guessed it. Get all you can out of the few crashes that will undoubtedly occur because the ambulances to chase will be few and far between.  You really deserve a C’mon Man simply for abusing the NFL analogy. Alain