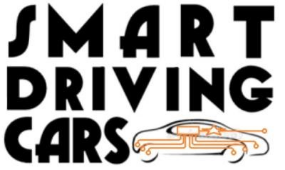 J. Swan, Jan 22, “Below is a leaked draft document with plans for the White House infrastructure plan, a key campaign priority of President Trump….I.  Infrastructure Incentives Initiative: encourages state, local and private investment in core infrastructure by providing incentives in the form of grants. Federal incentive funds will be conditioned on achieving milestones within an identified timeframe. Accounts for 50% of total appropriation…

II. Transformative Projects Program: makes available federal funding and technical assistance for innovative and transformative infrastructure projects based on competitive basis to viable projects unable to secure financing through private sector due to the uniqueness of the program….Accounts for 10% of total appropriation.

III. Rural Infrastructure Program:…Accounts for 25% of total appropriation…” Read more Hmmmm… Appropriate comment from Alan Pikarsky: “In any event, if this were the base for the legislation what ultimately came out of the Congress would be unrecognizable.”  Nothing for SmartDrivingCars that really only need good paint and conventionally readable signs (see below… 3M). You’d think this would make SDC really attractive to the WH.  Alain

R. Poole, Jan 2018,  “In this issue: • RAND guidelines for infrastructure policy, …
A recent article on the forthcoming White House infrastructure plan quoted an Administration spokeswoman as saying it would address “rebuilding our nation’s crumbling infrastructure.” That frequent characterization is misleading, as pointed out in an excellent new report from the RAND Corporation, “Not Everything Is Broken: The Future of U.S. Transportation and Water Infrastructure Funding and Finance.” (https://www.rand.org/pubs/research_reports/RR1739.html)…
After setting the stage, the report goes on to offer guidelines for sound investment in transportation and water infrastructure. Since much of what is wrong with our infrastructure is the result of bad policy, rather than lack of money, “an across-the-board ramp-up of federal spending is unlikely to solve the infrastructure problems…”  In addition, focusing on “shovel-ready” projects is ill-advised; instead, Congress should focus on longer-term projects likely to produce significant national benefits….Whatever the White House proposes will be modified by Congress. The RAND report offers important guidelines for that endeavor.”  Read more Read more Hmmmm… An excellent Rand report and commentary by Bob.  Lots more in the issue on many aspects of transportation.   Alain

J. Fu, N. Yang, W. Yuan, Jan 16, “The goal of this report is to examine the feasibility of an autonomous taxi (aTaxi) system throughout the plains region, which encompasses the states of CO, KS, MT, NE, NM, ND, OK, SD, TX, and WY. To accomplish this, we have broken up this task into three components…”  Read more Hmmmm… Really nice Draft Report.  Alain

K. Wu, A. Erkalova, M. Wagner, B. Cakmak, Jan 16, “… Of the nine states that were part of our analysis, the majority of trips originate from California. For the West, the busiest times of day are evening rush, evening, and morning peak, in that order, and the greatest AVO occurs during the morning peak and evening rush.Major metropolises tend to have higher AVO in their regions, but there are also a few scattered rural regions with very high AVOs as well….”  Read more Hmmmm… Another really nice Draft Report.  Also see the interactive graphs.  NorthEast Report is linked below. Alain

K. Wyatt, Jan 22, “The idea of “smart roads” isn’t especially new, and in the last couple of years, in particular, we’ve seen a stack of concepts for turning our highways, byways and city streets into something more than flat, stupid concrete. The problem with the bulk of these is that any municipality that chose to implement them would have to spend vast sums of money retrofitting roads with sensors and other gizmos….Another change would involve changing road signs to be more reflective, and more easily readable. This would benefit both human drivers and self-driving cars by allowing each to more quickly and easily identify and process information….” Read more Hmmmm… Wow!  A practical “connected” suggestion!  Alain

Is All This New Automotive Safety Tech Working? Not If Drivers Don’t Understand It

E. Adams, Jan 15, “… Much of the chatter in CES focuses on the arrival (sooner, later, or waaaay later) of autonomous vehicles, while Detroit tends to play up the sheet metal and the performance of new cars and trucks. Both, however, are also reliable showcases of all the not-quite-autonomous safety and convenience tech that’s creeping into our cars and is meant not only to take the stress out of driving, but make us better at it.

But here’s a thought: Is all this stuff doing what it’s really intended to?  Note that we’re not asking does it work, of course, because the innovations do indeed function as advertised.”really NOT SO MUCH unless you read the fine print…”  Which brings us to the concerning question about the newest, most sophisticated, and priciest new ADAS systems: Are they truly being embraced by drivers, thus moving the safety ball farther down the field? Or are they baffling nuisances that are eventually shut down, unused, or avoided out of frustration, annoyance, or uncertainty? Even more interestingly, are they truly paving the way for the semi-autonomous and autonomous cars now in the pipeline, as manufacturers seem to be counting on?…”  Read more Hmmmm… All REALLY GOOD questions!. Alain

NO ONE KNOWS WHAT A SELF-DRIVING CAR IS, AND IT’S BECOMING A PROBLEM

A. Marshall, Oct 17 “”WE HAVE NOW self-driving cars.” So declared no less an authority than the United States’ chief of transportation, Secretary Elaine Chao, in a May interview with Fox Business. “They can drive on the highway, follow the white lines on the highway, and there’s really no need for any person to be seated and controlling any of the instruments.”

This is wrong….Read more Hmmmm… How long have I been saying this.  And there seems to be no improvement in sight.  There are 3 VERY different kinds.. SafeDrivingCars (not nearly good enough yet), SelfDrivingCars (barely good enough today, stay alert!!) DriverlessCars (We are still at a KarnhauserScale = 1.0 (Log(DriverlessVMT Worldwide).  Alain

Jan 17, “We’re excited to share that we were featured on CBS This Morning for our sustainability and solar efforts. Take a look at the clip featured on CBS This Morning on Tuesday, January 16, 2018…”  Watch video Hmmmm… Really brings home how early we are in the SmartDrivingCar r-evolution.  The operative comment is : ” If we can’t make it here, we can’t make it anywhere“.  Alain

Florida seniors could hold the future of driverless cars

Voyage, an autonomous vehicle (AV) startup specializing in a robo-taxi service, will pick them up at their homes and drive them free of charge to and from grocery stores, theaters, pools, golf and tennis with only a “technician” on board to monitor the system — and take the wheel if necessary. Later on, the technician will be dropped and a transportation fee added…”  Read more Hmmmm… As with Babcock Ranch above: ” If we can’t…” Alain

C. Deppen, Jan 11, “…According to officials, a box truck ran a red light and T-boned a self-driving vehicle with four occupants inside…”  Read more Hmmmm… I wonder how the NTSB is going to blame Argo AI on this one.  Alain

A. Hawkins, Jan 12, “A new poll was released today basically repeats data that we’ve seen in previous surveys: Americans still don’t trust self-driving cars, and are nervous about the coming onslaught. Asked how concerned they’d be to share the road with a driverless car, 31 percent said they’d be “very concerned,” while 33 percent said “somewhat concerned,” according to the poll which was just released by Advocates for Highway and Auto Safety…”

Read more Hmmmm… Surprised 110% weren’t “concerned…”  If done in 1898 they would have gotten the same results if asked about the Benz patent .  The study’s 1st page adorns a picture of Joshua Brown’s Tesla post Florida Crash. This Poll had only one answer. Whatever…   Alain

These flying robots can self-assemble in flight

E. Olsen, Jan 13, “Researchers at the University of Pennsylvania have developed a series of modular flying robots that can autonomously assemble themselves in midair and fly.  In the video above, the robots can be seen hovering near one another and then slowly moving close until magnets attached to each corner of a vehicle’s cage quickly snaps them together. …” Watch video  Hmmmm… How “autonomous”??? but Just fun!!   Alain

A. Kornhauser, Jan 13, “… What if no one owned a personal car or truck any more?  What operational characteristics would a fleet of autonomousTaxis (aTaxis), operating nation-wide, need to have to deliver a comparable level-of-Service (LoS), in conjunction with existing Rail Transit, AmTrak and Airline networks (with appropriately enhanced LoS between existing stations/airports)?  How many of what size would be needed? How would they need to be managed?  What would be the fundamental economics in order to adequately serve the Billion or so person trips that take place on a typical day across the US?  Because details matter, we synthesized each of the 310 or so, million people in the US.  For each we synthesized their mobility needs throughout a typical day to accomplish their activities such as get to and from work/school/play/shopping/entertainment/…  Preliminary results include…

M. Alleven, Jan 12, “While efforts are growing in the U.S. to promote Cellular Vehicle-to-Everything (C-V2X) instead of DSRC, a group of companies are getting together to launch C-V2X trials in Japan this year.  NTT DoCoMo, Ericsson, Nissan, OKI, Continental and Qualcomm Technologies plan to carry out their first C-V2X trials in Japan, with the goal of validating the benefits of C-V2X using technology defined by the 3GPP in the Release 14 specifications. The trials will use the 5 GHz band…  “…there is a possibility to provide traffic safety and traffic efficiency services…”Amazing that they’re still trying to ride that horse in Japan.  While there is …a “possibility”…, that “possibility” ~ epsilon! 🙁 This is all about TravelTainment, which is perfectly fine. but just say that.   …”   Read more Hmmmm… Well at least they’ve moved on from DSRC.  Hopefully these private companies are doing this without making the public sector pay for it, or are they?  Alain

Episode 15 of the Smart Driving Cars Podcast.  Hosts Fred Fishkin and Princeton University’s Alain Kornhauser are joined by leading expert Michael Sena from Sweden in a wide open and most entertaining chat ranging from the impact of Ralph Nader to the insurance industry’s role, to the latest from Ford, Lyft, Uber and China’s Didi.

Episode 13 of the Smart Driving Cars Podcast with host Fred Fishkin and Princeton University Professor Alain Kornhauser. This edition In this edition Fred and Alain are joined by Bernard Soriano, the Deputy Director of the California Department of Motor Vehicles. On the agenda: Waymo’s CEO says real driverless testing is coming soon.; Waymo’s autonomous fleet now has traveled four million miles; Lyft gets the green light from California to test self driving on public roads

Episode 11 of the Smart Driving Cars Podcast with host Fred Fishkin and Princeton University Professor Alain Kornhauser. Fred and Alain are joined by leading expert and Internet pioneer Brad Templeton. Waymo makes some history, Thee tech needed to make it work..cameras…lidar or both? Navya bringing new robotic vehicles to Paris. And an accident…as a self driving shuttle is launched in Las Vegas.