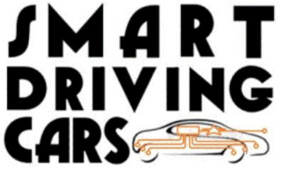 D. Khosrowshahi, Feb. 9, “My job as Uber’s CEO is to set the course for the future of the company: innovating and growing responsibly, as well as acknowledging and correcting mistakes of the past. In doing so, I want to express regret for the actions that have caused me to write this letter.

To our friends at Alphabet: we are partners, you are an important investor in Uber, and we share a deep belief in the power of technology to change people’s lives for the better. Of course, we are also competitors. And while we won’t agree on everything going forward, we agree that Uber’s acquisition of Otto could and should have been handled differently. …”  Read more  Hmmmm… Whew!!! Alain

S. O’Kane, Feb 9, “After five days of trial, the two tech giants call it quits.  After months of buildup and nearly a full week of courtroom wrangling, the two sides in the Waymo v. Uber lawsuit have reached a settlement, and the case is being dismissed with prejudice. An attorney for Waymo announced the settlement this morning and was met with gasps of shock from reporters and members of the public who had crowded into the courtroom in San Francisco in hopes of seeing more drama. Judge Alsup granted the motion to dismiss, and with that, the case is, in his words, “ancient history.” This was supposed to be day 5 of the trial, which was expected to last at least another week, likely more.  … Simply too much dirty laundry was being shown on both sides…

So who gets what? Waymo gets 0.34 percent of Uber’s equity at the company’s $72 billion valuation, which works out to a value of around $245 million. Waymo had originally sought a $1 billion settlement last year before the trial got underway, but Uber rejected that deal. Both sides are responsible for paying their own legal fees. “This is all equity; zero cash,” said a source familiar with the settlement. “It means Waymo is invested in Uber’s future.”

The settlement came right before Waymo was expected to present many of the technical aspects of its argument, including how Waymo’s LIDAR hardware ended up in Uber’s products….

In the end, the two companies end up closer together, like a married couple who almost got divorced. Google was an early investor in Uber, and now the equity settlement ensures that Waymo is invested in the ride-hail company’s future.”  Read more  Hmmmm… That’s largely my take on this.

The realization by Uber:  They’re going to lose the race to Driverless and therefore need a graceful way to have a role in the the next 10x growth in Ride Hailing.  Only Driverless can deliver 10x -> growth.  (The number of Gig Workers that need to be managed in order to deliver today’s number of rides is essentially at its limit.  10x growth would require extra-ordinary “cat herding” skills, achievable at all, and will certainly be “non-optimal” ($$$, LoS, reliability, …) compared to Driverless).  Therefore Uber’s ideal “partner” is Waymo.

The realization by Waymo:   10x -> 100x growth can ONLY occur with Driverless (what Waymo prefers to call “Fully Self-diving”  ) which Waymo is confident that they’ll win.  However, what comes along with the growth from 0 ->x -> 10x -> 100x is that some customers are going to prefer to ride with a driver, maybe only in the beginning, but to become market dominant in the “miles business”, as Adam Jonas likes to call it, (aka MaaS) you’ll need to serve those folks too.  They can’t be going to the competition.  Else, they’ll never evolve from an occasional user to primary user that give up their private car and depend on the ride-hailing service.  Ride volumes don’t grow beyond what they are now unless this commitment is made.   At least initially, this commitment is going to evolve from today’s occasional user conventional ride-sharing.  Moreover, Driverless will be geographically limited to some geo-fenced area and unable, itself, to deliver enough geographic diversity to enable anyone to change evolve from occasional user to committed user.     Driverless customers will come from conversion.  Even 1x Driverless may not be achievable if one doesn’t offer conventional ride-hailing.   Also, Waymo recognizes that its forte is NOT herding/managing cats/gigWorkers.  So it MUST partner with the best at these skills.

So, I see that the marriage comes back together with Wayno delivering & operating/subcontracting the Driverless technology (vehicle software, hardware, maintenance, “optimal” vehicle management, …… what will eventually become “90%” of the business) and Uber synergistically continues to deliver & manage the human driven side of the ride-hailing business (which will remain a very important, necessary, but very messy, “10%” of the business.

Bankers/Investors will sort out what each piece is worth. My prior is 90/10, but what do I know.  See also:

Waymo and Uber settle, Amazon reportedly preparing to launch delivery service to compete with FedEx and UPS, the problem with automatic emergency braking systems and keeping watch over the testing reports for self driving cars. Join Princeton University’s Alain Kornhauser and Fred Fishkin for episode 23 of the Smart Driving Cars Podcast.

Real information every week.  Lively discussions with the people who are shaping the future of SmartDrivingCars.  Want to become a sustaining sponsor and help us grow the SmartDrivingCars newsletter and podcast? Contact Alain Kornhauser at alaink@princeton.edu!  Alain

E. Neidermeyer, Feb. 2, “The “Race to Autonomy” has become the high-tech competition of our time, pitting automakers, suppliers, technology titans and Silicon Valley startups against each other in intense competition for the first bite of what will be a trillion-dollar driverless vehicle business. This horse race between some of the biggest companies in the world makes for gripping entertainment, but there is mounting evidence that it does so at the cost of important long-term perspective.

The California Department of Motor Vehicles has released its annual “disengagement reports” documenting each time a human “safety driver” had to take control of an autonomous test vehicle on the state’s roads. Once again, the reported numbers are being widely used by the media to handicap the competition. This is understandable given how little data are publicly available. But any temptation to take these disengagement numbers as an apples-to-apples comparison between makers should be resisted.  … Please, Stop!  I don’t like where this might be heading….

California law requires disengagement reports be filed whenever a “failure of the autonomous technology is detected” or when “safe operation of the vehicle requires” the human to “take immediate manual control.” The problem is that licensed companies have considerable leeway in interpreting these terms, meaning certain disengagement events might be reported by one company but not another.

After GM’s Cruise division put in a surprisingly strong showing in last year’s report, chief executive Kyle Vogt predicted that his outfit would be “in the number one spot” by the end of this year. Cruise didn’t end up passing the perennial leader, Alphabet-owned Waymo, with .79 disengagements per thousand miles to Waymo’s .178. But it wasn’t for lack of trying. At least four disengagements have been witnessed that are nowhere to be found on Cruise’s disengagement report to the DMV.  …”  Read more  Hmmmm… Oh NO!!  don’t even hint that this might be the first sniff of a VW-Style  Diesel Emissions Tests.  Fudging Safety Data is as reprehensible as  Fudging Environmental Data.  GM, everyone, please DON’T even go near there. We need to obey the honor code.  Alain

Amazon to Launch Delivery Service That Would Vie With FedEx, UPS

L. Stevens, Feb 9, “Amazon.com Inc. AMZN -0.81% is preparing to launch a delivery service for businesses, positioning it to compete directly with United Parcel Service Inc. and FedEx Corp.  Dubbed “Shipping with Amazon,” or SWA, the new service will entail the online retail giant picking up packages from businesses and shipping them to consumers, according to people familiar with the matter.  Amazon expects to roll out the delivery service in Los Angeles in coming weeks with third-party merchants that sell goods via its website, according to the people. Amazon then aims to expand the service to more cities as soon as this year, some of the people say. …”  Read more  Hmmmm… Wow!! Along with Amazon plans worldwide cargo hub, 2,700 jobs at CVG  Amazon is meticulously putting together all the pieces.  In a way it looks just like what Henry Ford did with the auto industry.  Alain

S. Mukherjee,  Feb 9, “Nvidia Corp’s graphic processors, or GPUs, are so overwhelmingly popular that gamers and cryptocurrency miners are willing to pay up to three times the original list price to get their hands on its cards online.   The company’s GeForce 1070 chip set, which retailed at $349 a year ago, was going for up to $900 from electronics wholesalers on Amazon.com Inc Friday, and the same demand stood behind a stellar set of corporate results on Thursday….”  Read more  Hmmmm… As with a Gold Rush, the money is in the pans and shovels.  🙂  Alain

From (Crumbling) Airport to (Broken) Escalators: An Infrastructure Odyssey

J. Stewart, Feb. 8, “The Sunday before last, as I emerged tired and dispirited from Penn Station after a two-plus hour trip from the Newark airport, I found myself pondering President Trump’s campaign pledge “to spur $1 trillion in infrastructure investment,” a theme he raised in this year’s State of the Union address and is expected to address again next week.

A year ago, I embraced the newly elected president’s initiative, calling on him “to build something awe-inspiring.”  Given the deficit-exploding impact of the new tax code, it’s difficult to see where the money will come from. In any event, after this trip, I’ll settle for something far more modest: basic improvements to public transportation.

My trip to Manhattan from Newark Liberty International Airport began at Terminal A. Newark is a finalist in Amazon’s quest for a second headquarters location, but one look at that terminal should be enough to send the e-commerce giant’s representatives back to Seattle..”   Read more  Hmmmm… Please NO.  We need you Jeff!  Transportation, especially public transportation, in the NY-NJ Metro area has gotten to be so bad.  After eight (8) years of Christie, whose transportation legacy is BridgeGate, and a Port Authority that shuns technological change we have a “2045 Long Range Plan” that does call for a new tunnel, but otherwise is about as uninspiring as as one can get. There is barely a recognition of the emergence of ride-hailing, and certainly not an embracing vision.  With respect to technology… the public sector policy, planning and operating authorities seem to be completely oblivious. (They’ve just discovered Connected Vehicles).  So sad.  Some of us think that there is sooooo much opportunity.  Oh well…  🙁  Alain

A. Kornhauser, Jan 13, “… What if no one owned a personal car or truck any more?  What operational characteristics would a fleet of autonomousTaxis (aTaxis), operating nation-wide, need to have to deliver a comparable level-of-Service (LoS), in conjunction with existing Rail Transit, AmTrak and Airline networks (with appropriately enhanced LoS between existing stations/airports)?  How many of what size would be needed? How would they need to be managed?  What would be the fundamental economics in order to adequately serve the Billion or so person trips that take place on a typical day across the US?  Because details matter, we synthesized each of the 310 or so, million people in the US.  For each we synthesized their mobility needs throughout a typical day to accomplish their activities such as get to and from work/school/play/shopping/entertainment/…  Preliminary results include…

Very interesting… aTaxis Save AmTrak!!  🙂 More later.  Alain
Read more Hmmmm…  Most interesting!   We hope to have a draft of the final report for all of USA out soon.  Alain